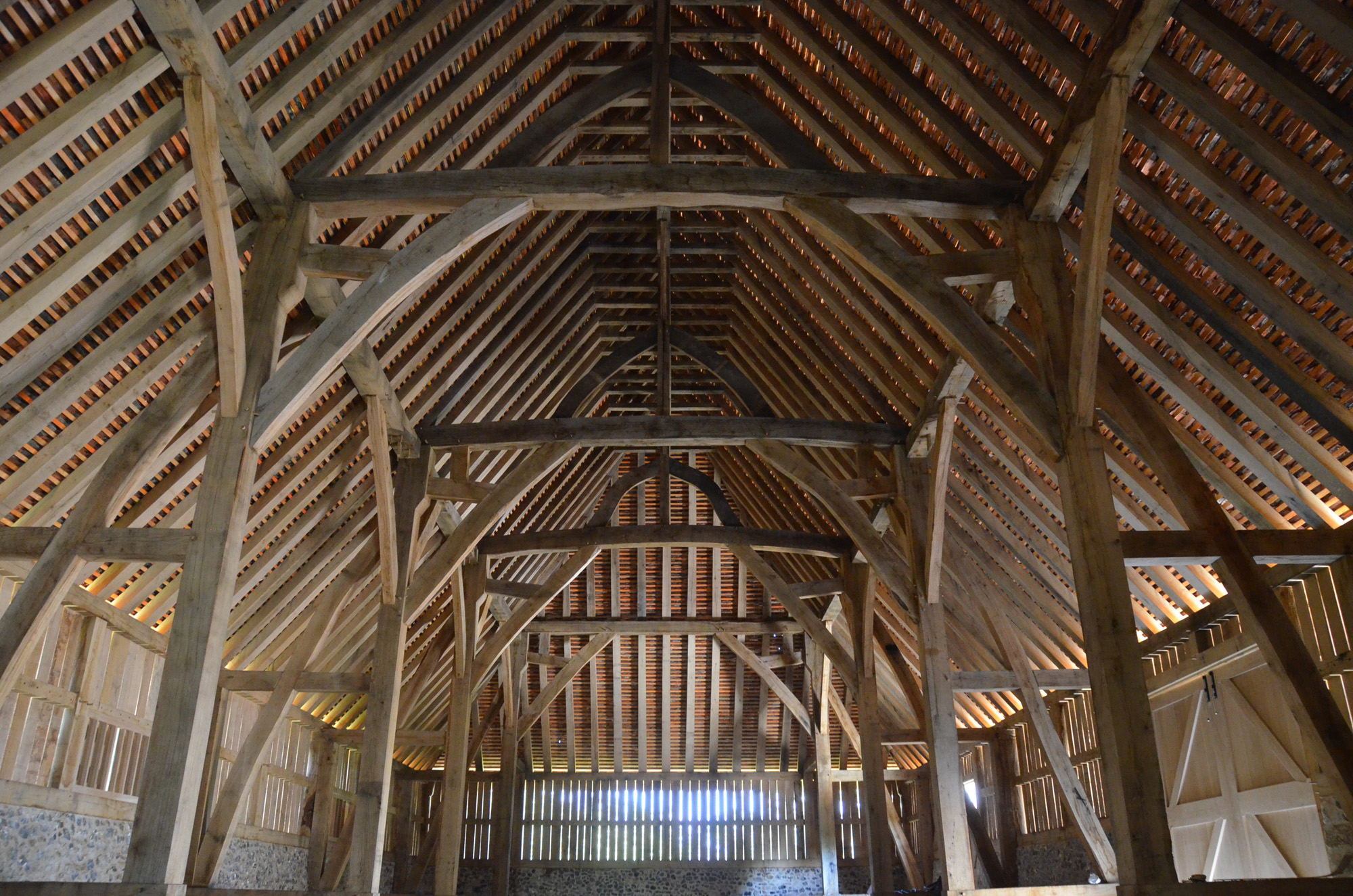 “The rebuilding of a huge, 600-year-old barn showcases that carpentry skills from mediaeval times are still with us and worthy of recognition.”
—Steve Corbett

Frindsbury Manor Barn is a Grade 1-listed medieval barn that had stood staunch in the midst of the Kent countryside for more than 600 years. Erected in 1403, it is the longest barn in the UK at 210ft. In 2003, however, it was was damaged in a fire leading to the loss of three large bays. Faced with this destruction, architects the Heritage Design & Development Team stepped in to deliver an ambitious restoration project.

Completed in 2019, the restoration impressed the judges for its attention to detail and vast scale: a full third of the 210ft-long barn had to be rebuilt, with the basis of the three restored bays crafted from 1,400cu ft of green oak. This oak was sourced from principal contractors Dolmen Conservation’s own woodlands and processed in their sawmills – both of which lie within a 25 mile radius of the barn. Local craftspeople completed the carpentry onsite, employing a mixture of traditional materials and methods, along with modern techniques.

Upon entering the barn, visitors are met with the magnificent ribcage of the oak frame. Large sections of curved timber were individually selected to serve as new braces and tie beams, while the arches create a vaulted pattern that runs the length of the barn. This regularity of construction is tempered by the beams’ characterful curves, nooks and kinks, making the barn seem as if it is growing up from the Kent soil.

The guiding principle of the conservation team was to “maintain as much of the historic fabric as possible, whist ensuring the building has a viable future use”. Outside, newer editions to the barn can be spotted by their golden oak colouration, as yet unpainted the black of the existing external walls . Inside, a new roof frame floats above honey coloured supporting beams, which stand side by side with their venerable silvered counterparts. Some of the original beams that were scorched black in the fire have also been retained, thus completing the story of this building’s long, illustrious history. 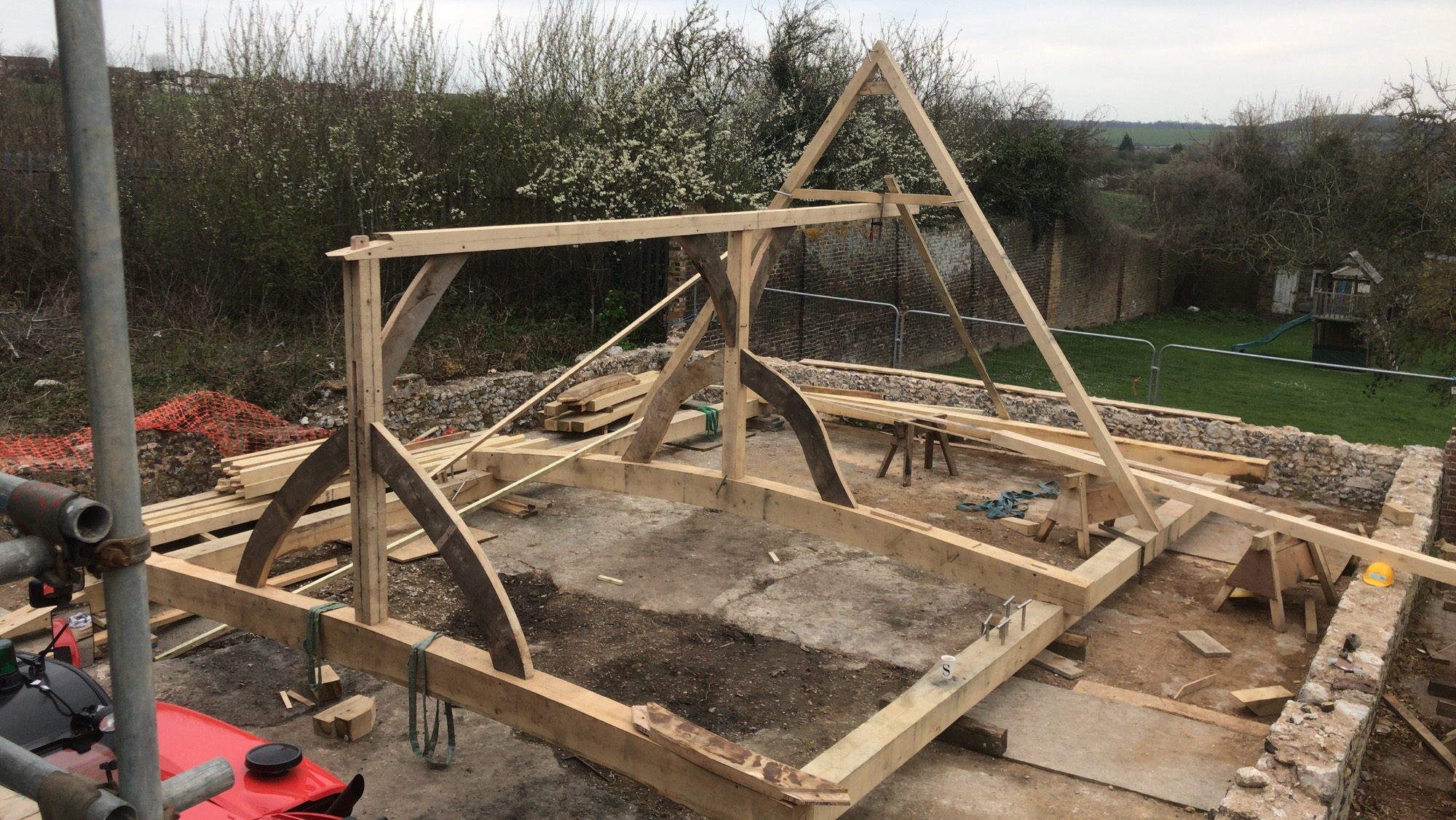 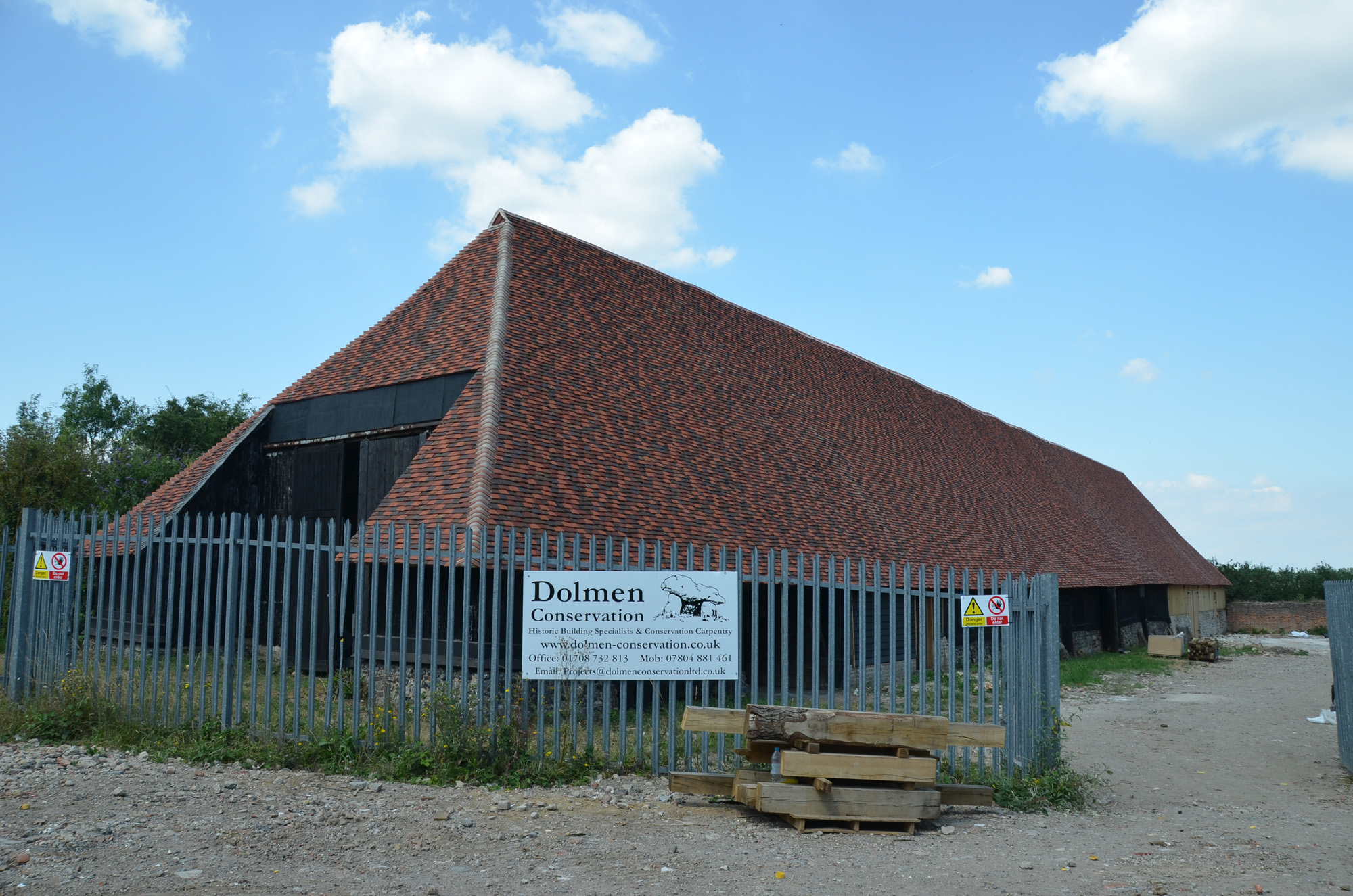 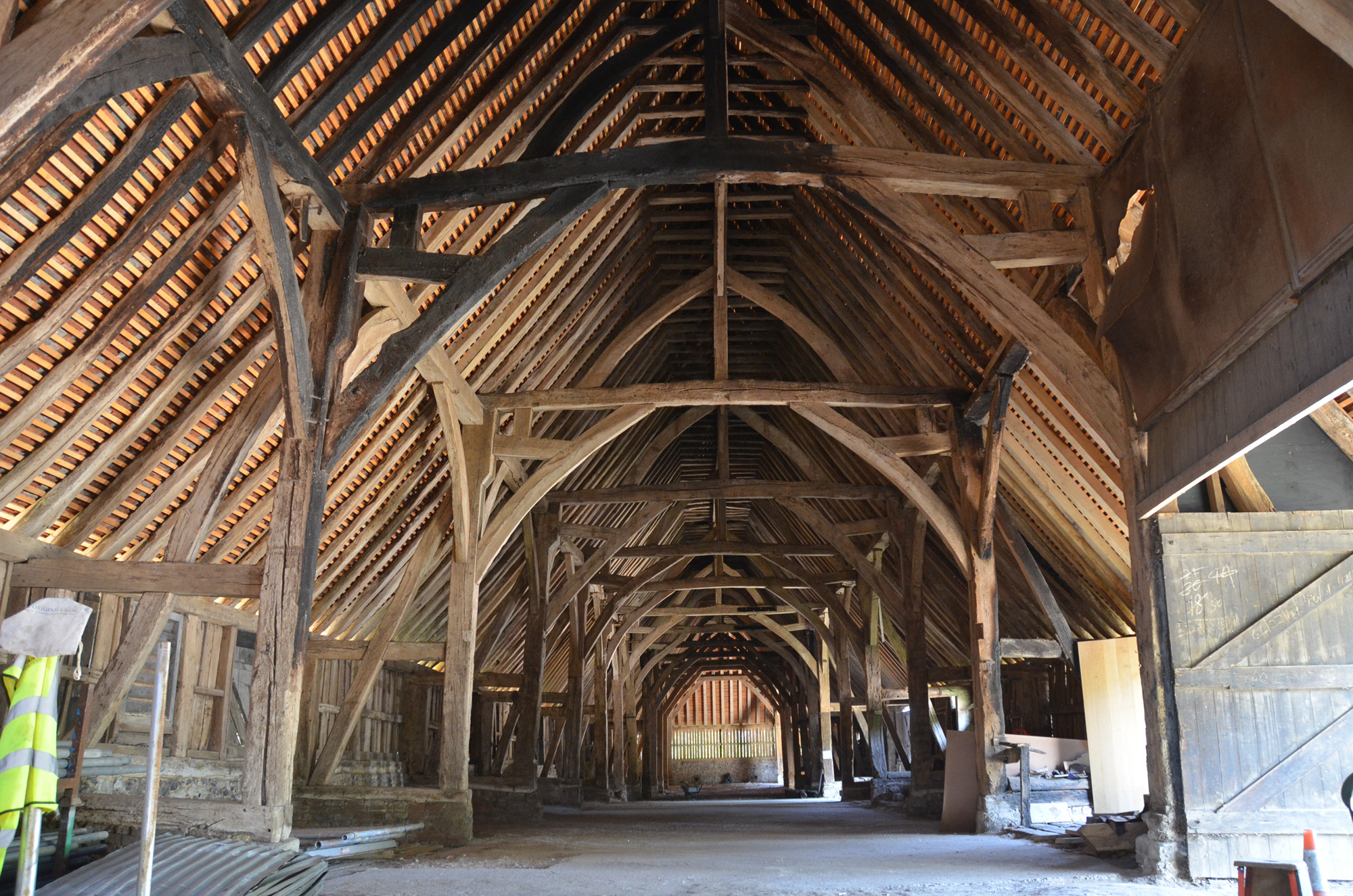